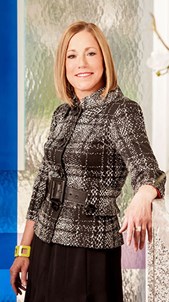 Charna E. Sherman’s passion for the practice of law and diversity in the profession is reflected in her leadership roles with numerous professional organizations.

In 2015, under the auspices of the Ohio Attorney General, Charna served on an expert panel of the Ohio Peace Officer Training Commission charged with creating a new basic training curriculum for all new Peace Officers in Ohio on procedural justice and police legitimacy, with a particular focus on incorporating a primer in implicit bias.

Due to Charna’s extensive experience over the past 35 years with federal multidistrict litigation (MDLs), the President of the Cleveland Metropolitan Bar Association called on her to serve on one of his signature initiatives, a new committee to address the growth of MDLs and class actions in the Northern District of Ohio. The Federal Bar Association similarly has sought her expertise as a panelist, in 2008 and 2009, for its annual Continuing Legal Education (CLE) on MDLs.

Since 2007, Charna has served as a Fellow of the American Bar Foundation, a distinction that recognizes outstanding dedication to the community and maintenance and advancement of the American Bar Association’s (ABA) objectives. Charna’s extensive involvement in the ABA has spanned Presidential appointments to select Commissions of the “big ABA,” to serving on the ABA Section of Litigation Leadership  and on the Council for the ABA’s Fund for Justice and Education which manages all of the ABA’s charitable funds and projects. She has chaired task forces and divisions, and served on boards and committees, charged with addressing issues at the forefront of litigators’ concerns across the country, such as the attorney-client privilege, e-discovery, e-research and e-news, jury trial innovations, and mediation ethics. In 2004, Charna was honored with the Litigation Section’s Award of Excellence for facilitating the adoption of the first national Standards on Mediation Ethics by the ABA House of Delegates.

Charna has a distinguished record of professional involvement concerning issues of diversity, and particularly the advancement of women in the legal profession. Her activities in this area include:

Charna also frequently speaks and publishes on current issues, including: